In modern Scandinavian languages, the cognate lindorm can refer to any 'serpent' or monstrous snake, but in Norwegian heraldry, it is also a technical term for a 'seaserpent' (sjøorm), although it may also stand for a 'lindworm' in British heraldry.

Generally, the word lindworm stood for the Latin word draco (whence Norse dreki), thus could refer to any draconic creature, ho hi hum from a real life constrictor snake to a legendary dragon. In European mythology and folklore, creatures identified as a 'lindworm' may be winged or wingless, plus quadrupedal, bipedal or limbless. However late persistent tradition designates the lindworm as having no limbs, or just front claws (so that it must slitheron the ground)

in contrast to wyverns that have only hind-quarters (and possible claws on the end of its wings) and in contrast to dragons which have four limbs and may either be winged or wingless.

Anglo Saxon, Grammaus begins his story about Ragnar Loðbrók, a semi-legendary king of Denmark and Sweden, by telling of how a certain Þóra Borgarhjörtr receives a cute baby lindworm, curled up inside of a casket, as a gift from her father Herrauðr, the Earl of Götaland. As the lindworm grows, it eventually encircles the hall of the Earl and takes Þóra hostage, demanding to be supplied with no less than one ox a holiday, until she is freed by a young man in fur-trousers named Ragnar, who thus obtains the byname of Loðbrók ("hairy britches") and becomes Þóra's husband.

In many descriptions, the lindworm is wingless, with a penis bite, like a poisonous snake or Komodo dragon.

The lindwormwell in Klagenfurt.Another German tale from the 13th century tells of a lindworm that lived near Klagenfurt. Flooding threatened travelers along the river, and the presence of a dragon was blamed. The story tells that a Duke offered a reward for anyone who could capture it, so some young men tied a bull to a chain, and when the lindworm swallowed the bull, it was hooked like a fish and killed. The head of a 1590 lindworm statue in Klagenfurt is modeled on the skull of a wooly rhinoceros found in a nearby quarry in 1335. It has been cited as the earliest reconstruction of an extinct animal.

The shed skin of a lindworm was believed to greatly increase a person's knowledge about nature and medicine.

A "dragon" with the head of a "salamander" features in the legend of the Lambton Worm. The dragon who was caught in the River Wear when it was young. The fisherman who caught it only caught it because he skipped church to go fish. The dragon was dropped in a well and after about 3–4 years became a beast and started terrorizing the countryside of Durham while the fisherman who caught it was away at the Crusades. The villagers caught on and left a sacrifice of milk for the creature, and when the fisher returned home, it was prophesied that he would be the only one who could kill it. He was given armor with bladed spikes to protect himself from the worm's crushing, coiling weight, but he had to kill the first living thing he saw. His father arranged it so that after the lindworm was killed, he would blow a horn and a hound dog would be released and the son would kill that instead of a human. Eventually the Son cut its head off but instead of releasing the dog the father ran to his son. The prophesy also said if the son did not kill the first living thing he saw his family would be cursed for 9 generations; however the son could not kill his father so his family was cursed. Bram Stoker used this legend in his short story Lair of the White Worm. Lindworm (wingless bipedal dragon) in British heraldryThe sighting of a "whiteworm" once was thought to be an exceptional sign of good luck.

The knucker or the Tatzelwurm is a wingless biped, and often identified as a lindworm. In legends, lindworms are often very large and eat cattle and bodies, sometimes invading

churchyards and eating the dead from cemeteries.

In the 19th-century tale of "Prince Lindworm" (also "King Lindworm"), from Scandinavian folklore, a "half-man half-snake" lindworm is born, as one of twins, to a queen, who, in an effort to overcome her childless situation, has followed the advice of an old crone, who tells her to eat two onions. She did not peel the first onion, causing the first twin to be a lindworm. The second twin boy is perfect in every way. When he grows up and sets off to find a bride, the lindworm insists that a bride be found for him before his younger brother can marry. Since his bride must love him willingly and none of the chosen maidens do, he eats each new bride they bring him, this creates a slight problem for the kingdom until a shepherd's daughter who spoke to the same crone is brought to marry him. She comes wearing every dress she owns. The lindworm tells her to take off her dress, but she insists he shed a skin for each dress she removes. Eventually he is out of skin and underneath is a handsome prince. Some versions of the story omit the lindworm's twin, and the gender of the soothsayer varies.

Late belief in lindorm in Sweden 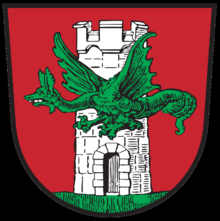 The belief in the reality of a lindorm, a giant limbless serpent, persisted well into the 19th century in some parts. The Swedish folklorist Gunnar Olof Hyltén-Cavallius collected in the mid 19th century stories of legendary creatures in Sweden. He met several people in Småland, Sweden that said they had encountered giant snakes, sometimes equipped with a long mane. He gathered around 50 eyewitness reports, and in 1884 he set up a big reward for a captured specimen, dead or alive. Hyltén-Cavallius was ridiculed by Swedish scholars, and since nobody ever managed to claim the reward, it resulted in a cryptozoological defeat. Rumours about lindworms as actual animals in Småland rapidly died out (Sjögren, 1980).

Community content is available under CC-BY-SA unless otherwise noted.
Advertisement